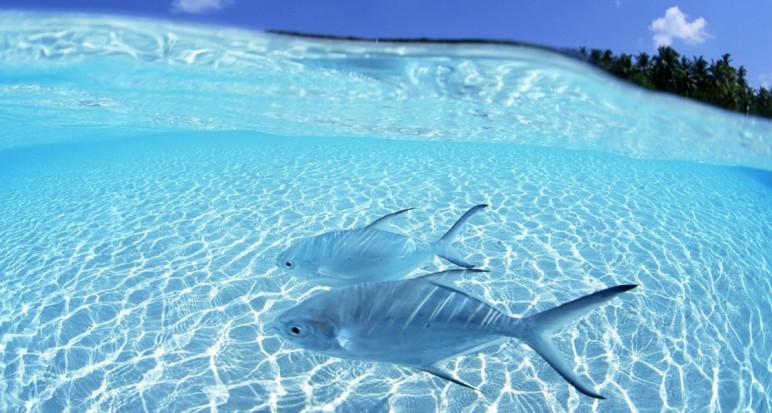 When you see Christianity as a religion, all you see is an unnatural and strange life you have to live up to guided by some very difficult rules and laws.

When Christianity becomes the natural normal way of life to you and you no longer see it as a religion, then,  all you have to do is to just live it naturally.

Now,  even though it may seem as though it is too farfetched or something, which is because of our present physical body – the flesh constantly contradicting the spirit man,  still,  that’s the reason why we have the Holy Spirit with us.

The whole scenario is more like you finding a fish that has been washed up by the side of the ocean for hours and probably already starting to drown out of water, gasping for air probably (don’t know if they actually gasp for air though) and struggling right there on the floor; and then you take it up and throw it back into the ocean. Now,  first of all,  the fish doesn’t continue to struggle (it might take some seconds, and then the fish just swims away), however, the struggle stops. Secondly, the fish doesn’t see it as a new life, more like it has been restored back to it’s original life (now take note the fish has just been practically given a new life because it could have died, and so it’s as much a restoration to a life  as much as it is a whole new life). And lastly, the fish begins to swim and live the life comfortably and smoothly.

Most often at times,  when we become “Christians” (and am gonna have to repeat this) in quote, what we do is keep on gasping for air and struggling as if we were still drowning. It’s more or less like a man who almost drowned to his death and was rescued. But then, even after he has been rescued goes ahead to keep on having panic attacks where it’s almost like as if he’s back in the water drowning again and again, and this is so real to him until he’s able to overcome it.

Let me say this, and you should read this this like it’s not a cliche cos I know you’ve probably heard this more than once… Christianity is not a religion! Left to me,  I would that we were not called Christians really. I mean the word itself has been bastardised to mean everyone who goes to Church or again,  to mean anyone and everyone that is born into a family where the parents are supposedly Christians who go to Church. Oh!  How frail. And Yes,  I know it means being Christ-like but then we don’t have to give it a tag like that. By the way, it was men  that started to call the disciples Christians. We like to tag people based on who they are. It’s not like as if God said you people will be called Christians. Even better, he called us sons. By the way, even Jesus Christ didn’t come of himself neither did he do anything of himself. No! All was God. He himself was God-like. Now, if he is God-like, then we are also God-like. And if he is God, then we are Gods in that same order (but then I know a lot of folks are going to want to debate that so am just gonna move on from that).

So,  relax for a moment. Clear your mind of all the junk about religion. Now all you have to do is to just live naturally.

A friend needs to see this yeah? Go on and share it!

23 thoughts on “Another Religion ”

An inspirational & insightful speaker and writer on the precepts, principles and revelations of the God-Kingdom. A teacher of the word; a lover of God and a proclaimer of the Kingdom of God.

Curious about ”Kizo Daniels”? Read me up!

An inspirational & insightful speaker and writer on the precepts, principles and revelations of the God-Kingdom. A teacher of the word; a lover of God and a proclaimer of the Kingdom of God.

Enikanoselu ‘Kizo’ Daniels is a fully operational speaker and teacher of the word. He’s known for his depth understanding of the word around boarders and topics surrounding the workings and man’s relationship with the Holy Spirit.

His flair for writing and passion for the advancement of the Kingdom led him to start up a blog (Kizo Daniels’ blog), where he constantly shares the precepts, principles and revelations of the God-kingdom to a wide range of individuals across countries and races.

Im quite friendly you know? Here are my socials…

You can drop an email for me. I dont bite :)